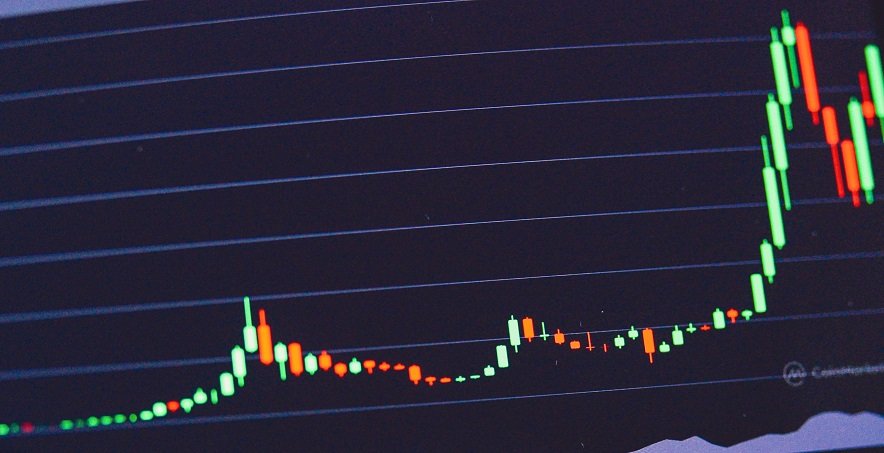 But, why is this the case? Economic researchers state that ‘gold acts as a safe haven in a stock market crash’, meaning that gold is seen as a safer route to go down for investors at times of economic instability or change due to its inherent and physical value.

Is there evidence to suggest an inverse relationship between the stock market prosperity and gold price?

There are periods in our history where the inverse relationship between the stock market and gold price is clear. The graphs below show the value of the S&P 500 Index over time and the price of gold over time.

The S+P 500 Index stands for the Standard and Poor’s 500. In the United States, this is a stock market index that tracks 500 publicly traded domestic companies. It is considered by many investors to be the best overall measurement of American stock market performance.

From the data, it is clear that around January 1980, the price of gold was at an all-time high of $2582 per ounce. At the same time, the S&P Index was experiencing a period of decline and was at one of its lowest points in history. The same negative correlation can be seen from 1987 to 2000 and then again in 2011 when the price of gold sees another peak and the S&P Index sees a trough.

Despite there being plenty of evidence to suggest a general inverse correlation between the stock market and the price of gold, it’s important to also consider external factors at these periods in time to avoid oversimplifying the relationship between the two.

Let’s take the 1970s, for example, as gold prices were rising rapidly and the opposite trend was occurring in the stock market, the US economy was generally changing and collapsing. This wider economic change was causing high levels of inflation and a decrease in the value of the US dollar. All of these factors combined will have contributed to the rise in demand for gold and therefore gold prices, as opposed to just the stock market being responsible for this change.

There is therefore evidence to suggest that rather than the stock market and gold being directly linked, the relationship is instead also influenced by other external and key general socioeconomic factors. Rather than a crash in the stock market directly causing gold prices to rise, it is likely a case of investors looking to invest in more stable, physical assets like gold at times of economic change and uncertainty.

What causes the inverse relationship between the stock market and gold prices?

The reasoning all lies in how investors view a certain market and the risk they see to be involved, also known as risk aversion. If an investor predicts or sees a fall in stocks, they will look to invest their money elsewhere. Investing in gold acts as a form of stability and safeguarding due to gold generally and consistently being viewed as a safe investment.

Another factor to consider in the relationship between the stock market and gold prices is economic change and the pace of economic growth. When the rate of economic growth in a country slows down or crashes, again investors will look to avert this risk by moving their funds to more stable investments like the gold market. Once the economy stabilises and becomes secure again in the future, the demand for gold decrease again along with the price of gold as investor look to reinvest in stocks or currencies.

The value of the US dollar is also heavily linked to the price of gold in a similar way to the stock market, whereby if the value of the USD drops, the demand for gold will increase and push prices up. As you can see, although there is a general inverse relationship between stock price and gold price, there are also several other economic factors at play that work alongside each other.

Historical stock market crashes and the price of gold

What is a stock market crash?

A stock market crash can be defined as a dramatic and sudden decline in stock price. They can be driven by various social and economic factors, including a combination of social ‘crowd psychology’ factors as well as external economic events. Generally, a decline in stocks is considered a ‘crash’ when there is a decrease of over 10% in the S&P index over a period of several days. Stock market crashes are considered to be more short-term than longer-term declines which are instead known as ‘bear markets’.

See data below which highlights key historical stock market crashes including Black Monday 1987, the Financial Crisis of 2008/2009 and the crashes of 2020 due to Coronavirus and the Oil Price War. Each crash shows significant decreases in value of the S&P 500 Index and the Dow Jones Industrial Average (DIJA) Index, and a strong increase alongside this in the price of gold, strongly backing up the inverse relationship between the two.

Sources: Data on stock market crashes and decreases in stock indexes from Wikipedia. Data on the gold price each year from National Mining Association.

The data below shows the dates of the largest declines that have occurred in the S&P 500 Index over the decades alongside the changes in gold prices during these periods. It is again clear to see the inverse correlation between the stock market and gold prices in the vast majority of instances.

Sources: Data on past stock market crashes/the largest declines in the S&P 500 Index value against the change in the value of gold during these periods from GoldSilver.com and NovemGold.

Data: Line graph to visualise data on past stock market crashes/declines in the value of the S&P 500 Index and the subsequent changes in the price of gold. 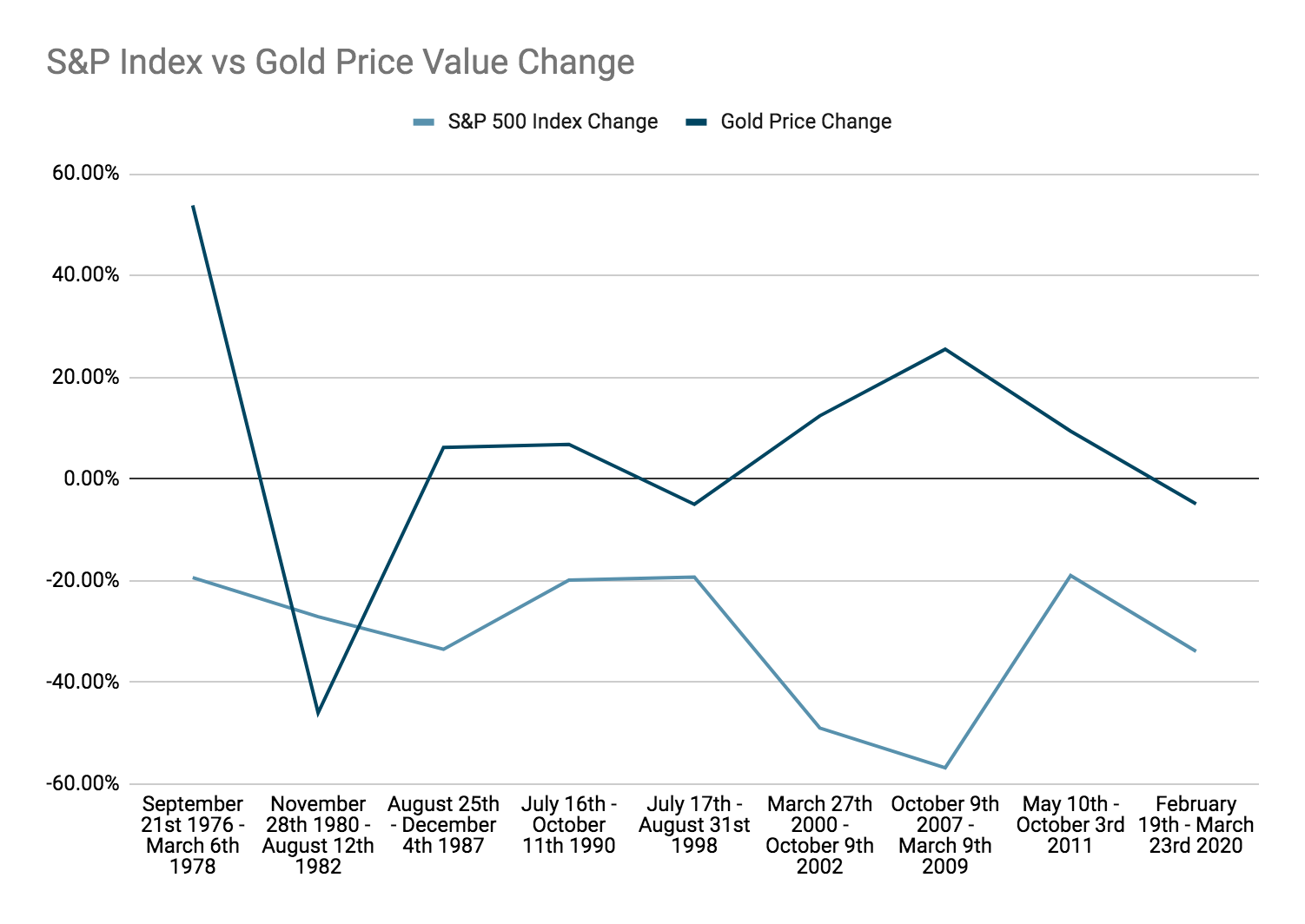 When there are periods of uncertainty or unexpected declines in stock markets or the wider economy, investors tend to reallocate their money to assets with less risk and more tangible value; precious metals and gold being one of these.

It all comes down to gold maintaining its value over the years and continually being seen as a less risky asset. The value of gold isn’t subject to the same amount of risk that the stock market or other types of trading can be. It’s the inherent value and the security that gold can provide investors that explains the answer to the question ‘why does the price of gold go up when the stock market goes down?’.