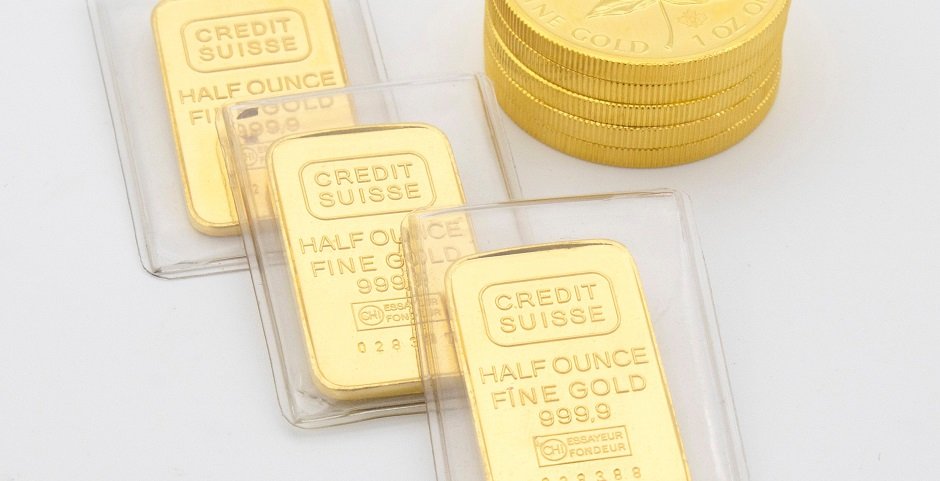 Throughout history, almost every civilization on Earth has recognised the value of gold.

Evidence of gold used for currency goes as far back as 600 BCE, with the creation of the Lydian Stater, but can be traced back even further to India and China through the exchange of raw precious metals for goods and services.

Our team of valuers at Cash4Gold-Now have put together a guide to what makes gold valuable and why it’s most suitable for the purpose of currency.

Where does the value of gold come from?

Gold gets its value from a number of key factors, such as:

When we look at the history of developing economies it is easy to understand where the need for a system of currency comes from, but why did we choose gold? And what about the value of gold in modern times?

To discover what makes gold valuable, we should analyse the key factors detailed above.

First, we will discuss rarity.

Rarity is the first factor in the value of gold. If the material used to create your currency is easily obtainable, then it would naturally be less valuable.

Precious metals can be measured using the Parts Per Billion (PPB) expression, defined by this quote in the CRC Handbook of Chemistry and Physics as:

“The abundance of the element, a measurement of its rarity, is given in mass fraction as Kg (Kilograms) in the earth’s crust.”

For example, if we said a particular material had a measurement of 1 PPB, it would mean 1 particle of that material exists within an object composed of 999,999,999 other particles.

Take a look at this list of precious metals by parts per billion:

These rarity levels help form the basis of how we value gold in modern times – although this measurement is only possible with the use of technology, ancient peoples were still aware of the scarcity of the substance, and so recognised an extrinsic value in gold that continues today.

Why don’t we use other elements for currency?

The next point to consider is why other elements are less suitable for the purpose of currency.

Gold is a ‘transitional metal’, sitting comfortably in the centre of the periodic table alongside cobalt, zinc, silver, iron, titanium, nickel and others.

Imagine it is your job to mint a brand new coin. You’re given access to various quantities of the metals listed above, and asked to consider which would make the best coin to represent monetary value.

Firstly, iron has a melting point of 1538°C. In an ancient furnace, this was a difficult temperature to achieve, though still possible.

Iron is also a much more difficult material to shape, especially in smaller sizes, so this would make the mass production of delicate coins a particularly long process. It is also a common element, making the issue of rarity redundant.

Finally, iron is an extremely reactive metal. It is prone to rust and tarnish after exposure to oxygen or water, therefore it is unlikely you would create currency that would naturally degrade in your pocket.

Although this metal is extremely strong and does not corrode, Titanium also features a melting point of 1660°C. This temperature would have been almost impossible to achieve during the iron age.

Nickel is one of the most abundant elements on earth, and although it is not likely to degrade, it would not be rare enough to reflect much value as a coin.

A small percentage of Nickel is used to form the alloy of many modern coins, however.

In terms of rarity, platinum is only slightly more abundant than gold. The issue in production comes from its high melting point of 1768°C.

There is also a case to be made for the aesthetic value of this material, given its apparent similarities to silver on first glance. Silver is also much more malleable and in higher abundance than platinum (75 PPB vs. 5 PPB).

Zinc features an extremely low melting point of 420 °C, which could be considered a desirable trait for mass production.

However, Zinc is also a ferrous metal, meaning it will still corrode when exposed to oxygen or water.

The same issues of degradation and rarity are present in most of the other candidates for material currency. By this process of elimination, we are left with only gold.

What is the relationship between gold and currencies?

Generally, there is an inverse relationship between the trade value of a fiat currency and the price of gold. A fiat currency refers to currencies where the value is determined by the government and economic policy, and not by a physical commodity such as gold. As a fiat currency loses value, foreign investors will look to invest elsewhere and in other hard commodities like gold. This increased demand then causes increased gold prices.

There are three overarching ways that fluctuations in currency can influence the value and price of gold:

Let’s say that the value of the US dollar was to drop suddenly, foreign investors would look to invest their money elsewhere, either in other currencies, alternative investments, or in physical commodities like gold. Investing in commodities like gold become more attractive when the USD has periods of weakness. This increased demand for gold then leads to an increase in the value and price.

See data below taken from Trading Economics that visualises the rise in the value of the US dollar (visual A) and the subsequent inverse correlation in the value of gold (visual B) over the past 12-month period.

Visual A. Source: Trading Economics. Data shows the value of the USD, GBP and EUR over the past 12-month period.

Visual B. Source: Trading Economics. Data shows the value of gold over the past 12-month period.

Coupled with the increased demand for gold among investors when a currency value decreases or crashes, central banks in those countries use gold as a means to stabilise this. Banks may be authorised by the government of a country where a currency is seeing decreases in value to purchase large volumes of gold which is then stored at a central bank, acting as a physical commodity to back the value of a currency. Again, this can cause the prices of gold to increase if the banks are purchasing enough for this to be noticeable in the market and trigger a price increase.

Other currencies and gold prices

Gold has a strong inverse relationship with several other main fiat currencies including the Euro and British pound. Despite the USD historically and continually being the main currency to drive the value of gold, economists have predicted that the devaluation of the USD will lead to other powerful currencies and those just emerging to hold more of an influence.

The relationship between gold and other currencies is set to evolve and become increasingly linked, alongside the USD. See data from Bloomberg below (visual C) which shows the strong correlation scores found between several key currency pairs including the British Pound and the Euro.

Visual C. Source Bloomberg from Gold and Currencies. Data shows the inverse correlation scores between the value of gold and the value of major currencies such as the Australian Dollar, Canadian Dollar, British Pound and the Euro.

Where does gold get its colour?

The aesthetic value of gold cannot be understated. Another point to consider about the previously mentioned metals is that they are all a silvery-white shade. Gold is, of course, golden.

The reason for this being that gold absorbs much more blue light than any other colour. When it reflects this light back to us most of the blue light is absent, meaning we see far more orange and yellow light as a result.

It is this unique property that is perhaps the most important aspect of gold being valuable.

This is the final point to be considered when discussing the value of gold. Unlike the other metals of the periodic table, gold is far more stable – and relatively uninteresting, chemically speaking – than the other candidates.

Gold will not rust or tarnish when exposed to water or oxygen, and can remain in near-perfect condition for thousands of years.

For example, some of the oldest known gold items in the world, taken from the Varna Chalcolithic Necropolis and dated between 4,600 BCE to 4,200 BCE, are still in near-perfect condition.

This incredible find gives credence to the idea of gold’s near eternal value. In summary, it is clear to see why gold has always been the king of currency.

As a pure material, it is rare, unique in its colouration, and durable enough to withstand the elements that would degrade other materials over time.

Does my gold have value?

Now you know exactly what makes gold valuable, you can work with our trusted team of professionals at Cash4Gold-Now to identify if your gold has value.

You can find out if your gold is valuable by ordering a free gold selling pack via our website. Our dedicated team of gold buyers have over 50 years of experience in turning your gold into cash. We use a thorough valuation process that ensures you get the best and most fair price for your gold items. We buy a wide range of gold items, whether you have a watch, coins, or other gold jewellery lying around gathering dust.