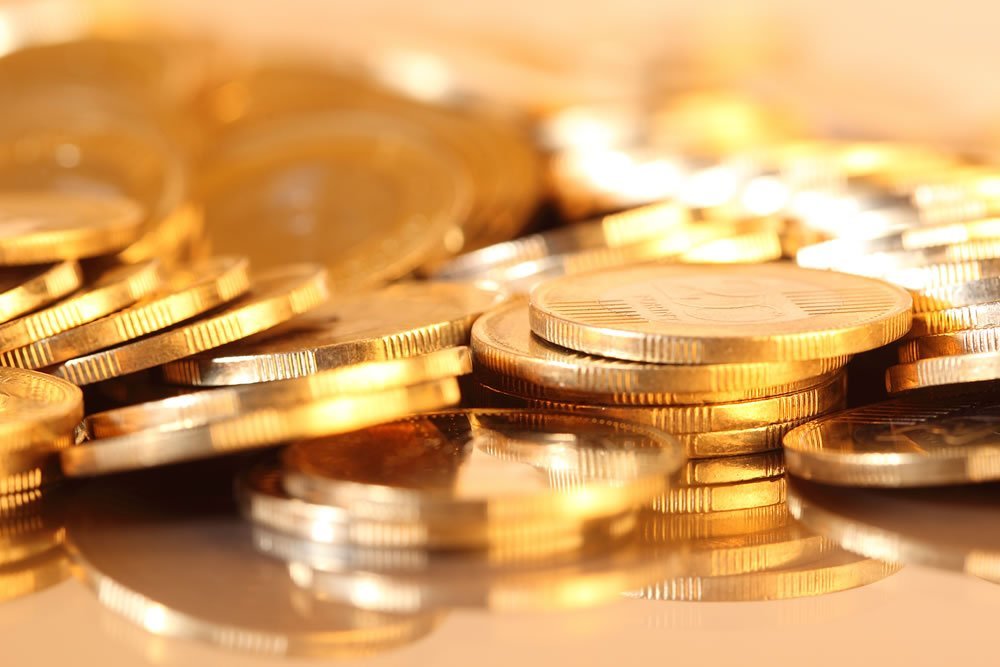 In this article, Cash4Gold-Now takes a look at some of the world’s most valuable coins, including the history, auction price, and face value of the most wanted coins by collectors today.

It can be easy to assume that age or initial face value are the most important characteristics for a coin’s worth in modern auctions, but this is a common misconception.

Collectable coins go far beyond their face value, with many economic and historical factors contributing to their modern day sale price.

To demonstrate these principles; we are first going to examine 2 very different coins.

First, we should take a look at the oldest known coin in the world, a 5,000 year old Mesopotamian Shekel, which can be regularly purchased for anywhere between $100 – $2,000 on common auction sites.

Here we are presented with the primary factor providing collectors coins with their value – rarity and circulation.

Rarity and Circulation – The Mesopotamian Shekel

There is no doubt that the Mesopotamian Shekel has significant historical value, being the first known example of currency in the world. Its creation signalled the beginning of modern day economics, and a change in attitudes from trading goods and services based on their perceived value, to the representative value of coins.

The reason this coin lacks auctioneering value, at least compared to others on this list, is primarily because the Mesopotamian Shekel was produced in high volume, and circulated widely amongst the ancient west Asian world.

This high rate of production means that collectors throughout history have managed to maintain large quantities of these coins. There are also many examples of Shekels simply being recovered from excavation sites, river beds; land, and agricultural developments in modern western Asia, meaning that these historically significant coins have widely remained in circulation throughout their 5000 year history.

It may seem callous to place such small worth on historically important objects like these; but in terms of collector psychology, desirability and value often comes from owning something that few others do.

Our second case to examine is the 1943 Lincoln Head Copper Penny.

There are plenty of Lincoln Head Pennies available in circulation today, many of which were also printed in 1943, and generally do not fetch a high price at auction. The value of the copper variation of this penny, however, comes from an error in the planchet metal; the blank metal disk a coin’s design is stamped on, which was used in the minting process.

Originally these Lincoln Head Pennies were printed using regular zinc plated steel planchets, but a small number of these coins left the production line as copper pennies. It is believed that, at some point during the minting process, a handful of copper planchets must have become dislodged from a previous stamping, and became mixed with the plated zinc planchets intended for this mint. The result was an extremely rare edition of an otherwise unremarkable penny – the 1943 Lincoln Head Copper Penny.

From this example, we can further see that rarity can create much higher demand than historic significance.

What are the Most Valuable Coins for Collectors?

Now that we have discussed what makes collectors coins valuable, we can take a deeper look at the most wanted coins by collectors.

As we mentioned above, the age of a coin is not usually the mark of value. In fact, in the 5000 year history of monetary currency, the most valuable coins in existence were minted less than 250 years ago.

Selling for $4.75 million at an auction in 2021, this particularly rare model of the Saint-Gaudens Double Eagle is one of only two remaining examples of this coin left today.

Creation of the Saint-Gaudens Double Eagle was the direct result of President Franklin D. Roosevelt’s interest in creating a series of american currency that was more aesthetically pleasing than previously minted coins, stating in a letter to the Secretary of Treasury in 1904:

“I think our coinage is artistically of atrocious hideousness. Would it be possible, without asking permission of Congress, to employ a man like Saint-Gaudens to give us a coinage that would have some beauty?”

This led to the creation of the Double Eagle in 1907, the work of famed American sculptor Augustus Saint-Gaudens, who designed the relief for the front and reverse of the coin shortly before his death in 1907.

An undoubtedly beautiful creation; the design would prove to be too complicated to reliably reproduce in large volumes for general circulation, with each coin requiring 7 blows at 150 tons of pressure from a hydraulic press, 6 blows in a plain edge collar to bring up the design, and a further 7 in a three-part collar to impart the edge lettering.

Consequently, this high relief method of production was rejected, and it is estimated that less than 15 of these coins were ever made, making Saint-Gauden one of the most valuable American coins in existence.

Selling for a record breaking $10 million at auction in 2013, this particularly rare coin was presented in such fine condition that it is believed to be one of, if not the first, example of a 1794 Flowing Hair Silver Dollar ever produced.

The clear edging of the design suggests that the dies used to strike the coin had seen little to no use, and it is for that reason this extremely rare dollar commanded such a high price at auction.

First created for the purpose of distribution amongst American dignitaries as souvenirs, the Flowing Hair Dollar was intended as a symbol of independence following the country’s recent war with Britain. The flowing hair design took inspiration from Roman iconography, which used female and male figures with long, flowing hair, to represent ideas of liberty and freedom.

Around 1,200 of these coins were created initially, however, a reproduction for general circulation was never made, and the coin was replaced by the ‘Draped Bust’ design in 1795 as the first official mint distributed throughout the United States.

The second most expensive US coin sold in auction, the 1787 Brasher Doubloon, was purchased for $9.36 million at Heritage Auctions on January 21, 2021, from the collection of Donald G. Patrick in Dallas.

The 1787 Brasher Doubloon is seen as an important object in the history of the American financial system, described as the ‘Mona Lisa’ of coins by numismatic adviser and president of PCAG Inc, Jeff Sherid. The 1787 Brasher Doubloon was originally privately minted by New York silversmith Ephraim Brasher, and was the first gold coin created in the denomination of dollars.

Brasher originally submitted an application to produce copper coins for the state of New York in 1787, but was subsequently rejected as the state had decided not to mint copper coins. In response, Basher went on to strike his own sample coins as a demonstration of his abilities.

His work caught the attention of his neighbour on Cherry Street, one George Washington, who became the first President of the United States 2 years later in 1789, later leading to Brasher assaying gold for the newly formed federal government.

The 1787 Brasher Doubloon also found itself in the public-eye with the release of the 1947 mystery film, ‘The Brasher Doubloon’ by director John Brahm, which depicted the theft and subsequent return of the distinguished coin by fictional detective George Montgomery.

2021 saw all sale records broken with the auction of the world’s most valuable coin for $18.9 million.

A continuation of the Saint-Gaudens commissioned design from 1907, the Double Eagle remained in production until 1933, when the design was struck for the final time.

Following the harsh economic downturn of the Great Depression, President Franklin D. Roosevelt ordered all Double Eagles be returned to the treasury and melted down. They were almost completely reclaimed by the US government at this time; with the exception of 2 specimens being gifted to the Smithsonian Museum, which are now on display in the National Museum of American History, and a small number that found themselves in the hands of private collectors.

Following many years of criminal investigations, the US government successfully recovered and destroyed all but one of these coins, which, due to legal proceedings between the US treasury and the coin’s owner, became the only 1933 Double Eagle that can be legally owned by a private owner.

Suffice to say, the 1933 Double Eagle is the most wanted coin in existence, not just due to its scarcity, but also because ownership of the coin is a legally mandated, exclusive right.

The English florin, sometimes known as the double leopard or continental florin, was commissioned by King Edward III in 1343, in an attempt to create gold coinage for use in both England and Europe.

The weight and value of this piece was based on coins issued in Florence around 1252, which consisted of 3.5g of fine gold; the Edward III Florin, however, was struck at 6.9g of fine gold.

As a result of this miscalculation, merchants across England and Europe quickly rejected its use, and the coin was almost completely withdrawn from circulation by August 1344.

There are only 3 known examples of this coin surviving today, two of which were discovered on the banks of the River Tyne in 1857, and both are on display at the British Museum. The third was found at an undisclosed location in the south of England and sold for £460,000, a record breaking price for a British coin at that time. It was later sold for an estimated £6.8 million to a private collector in the United States.

This addition to our guide has an extremely unique price point.

It must have come as a surprise then, when in December 1919 a previously unknown Liberty Head Nickel, dated 1913, was presented to a meeting of the Chicago Coin Club. This was then followed by the existence of a further five 1913 Liberty Head Nickels becoming known to the American numismatic community in August of 1920, all of which were owned by one Samual Brown.

Brown, an ex-employee of the American Mint, had placed an advertisement in a coin collectors magazine called The Numismatist in December 1919, requesting information on any such coins that may exist, and reportedly buying them for $500 from an unknown responder.

In later years however, this story began to come under question, as Brown had been an employee of the Mint in the year 1913. Many historians believe he may have unscrupulously minted these coins himself, and placed the advertisements as a means of constructing his own alibi. This was not an uncommon occurrence for ex-Mint employees, with the most famous instances being with 1804 silver dollars.

It has also been posited that the 1913 Liberty Head specimens may also have been legitimately stamped in 1912 as a means of inspecting the quality of the dies, before the design was changed to the Indian Head Nickel for 1913.

Whatever the case, this particular example found itself in the hands of King Farouk of Egypt before his deposition in 1952, and following several hand changes, found itself as the subject of a 1973 episode of Hawaii Five-O, titled ‘The $100,000 Nickel’.

The coin is an important and unique object in Islamic history, as one of its inscriptions makes it the first gold coin to mention a location within the mediaeval Saudi kingdom, Hijaz.

It also recognises the origin of the gold used to make the coin, and does not feature any scripture taken from the Qur’an, a unique trait for an islamic coin.

“Ma‘din Amir al-Mu‘minin bi’l-Hijaz”, which translates to “Mine of the Commander of the Faithful in the Hijaz”.

This inscription tells the owner that the origins of the coin’s materials came from a mine in Hijaz.