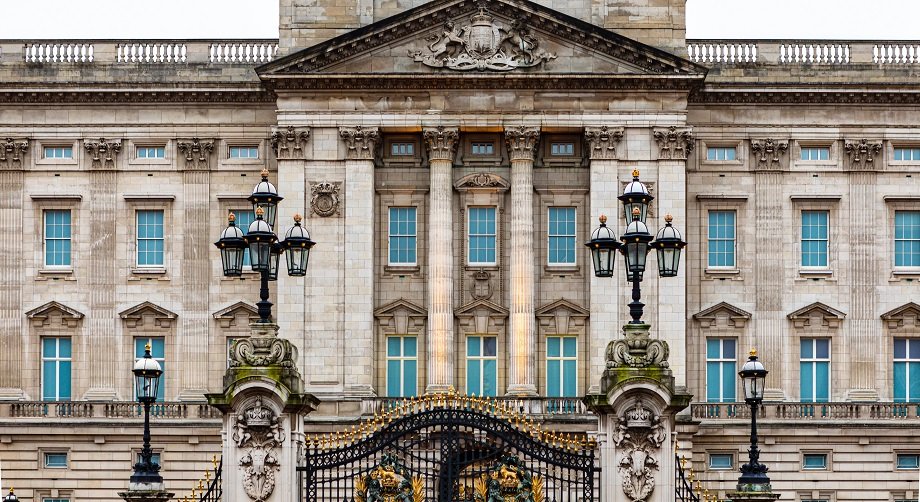 The Queen’s Beasts Coins: A Brief History & How To Identify

The Queen’s Beasts coins are a commemoration of the coronation of Queen Elizabeth II in 1953. The coins were designed to represent the ten statues that were designed and created at the time which stood outside Westminster Abbey on the day of the queen’s coronation. Each beast has its history and symbolism to signify the queen’s lineage and ancestry in some way.

Cash4Gold-Now are passionate about gold coins minted in the UK and worldwide and helping our customers identify the value of their coins, so you can choose to sell these on for hefty sums of cash. We’ve put together a brief history and timeline of The Queen’s Beasts coins, a desirable collection among coin collectors and gold investors alike. Understanding the history and value of coins ensures you can make an educated decision about whether to sell or invest in gold coins.

A brief history of The Queen’s Beasts

The Queen’s Beasts are a coin series produced by The Royal Mint to symbolise various beasts that are associated with Queen Elizabeth II’s lineage and ancestral history. There are eleven coins in total in the series which ran from 2016 to 2021, ten of these representing the ten different beast statues that stood at Westminster Abbey in 1953 and the eleventh to round off the series.

The beasts all originate from royal family crests and the overarching representation of these creatures is to show the power, nobility and lineage of the royal family.

The coins all have the same portrait of Queen Elizabeth II on the obverse side, a design that was submitted and chosen by the Royal Mint from one of their designers Jody Clark. Jody Clark’s initials also appear on all the coins to credit her work.

The reverse side of the coins is where the varying designs of the heraldic beasts appear, with the designs on this side created by the Royal Mint design team collaboratively.

All the coins are minted at a 999.9 fineness in both gold and silver and the series is highly desirable among coin collectors and gold investors alike due to their high purity and unique designs that honour our queen.

A timeline of Queen’s Beasts coins

The Lion of England

The lion was the first of the beast designs to be minted in 2016 to kick off the series of coins. To signify this, the first beast shows a roaring crowned lion of England, a common symbol associated with England in front of the Royal Coat of Arms. The roaring lion symbolises courage and strength.

The Griffin of Edward III

The second coin in the series, The Griffin, was released in 2017. The beast was chosen due to being a popular symbol with King Edward III who used the beast on his private seals and stamps. The Griffin is shown behind a Coat of Arms picturing the Round Tower of Windsor, the place of King Edward III’s birth.

Griffin’s can be identified as a mixture of eagles and lions are mythical creatures symbolising strength and observation.

The Red Dragon of Wales

The Red Dragon symbolises Cadwaladr, King of England in the 7th century and the last native Prince of Wales to rule in England. The symbol of the red dragon was first used by Cadwaladr, however, it was also popular in Tudor times when King Henry VII officially named the dragon to be ‘The Red Dragon of Cadwaladr’.

The dragon is shown alongside the Welsh flag picturing the Coat of Arms of Llywelyn.

The Unicorn of Scotland

The Black Bull of Clarence

The Falcon of the Plantagenets

The falcon features on a coin due to being another common emblem associated with the House of York and Plantagenet King Edward IV. The falcon is shown with its wings spread, on a badge showing a fetterlock, a symbol that again pays homage to the House of York and House of Lancaster. A fetterlock is similar to a padlock, and the story goes that they can only be opened by a rightful heir to the throne.

Aside from the associations to the House of York and previous kings, falcons are also seen as a sign of nobility and power due to the popularity of hunting birds of prey as a sport among the elite.

The Yale of Beaufort

The Yale is a cross between an antelope and goat and is a symbol associated with Henry VII’s mother, Lady Beaufort. The Beaufort family used the Yale in their coat of arms and on the coin, the yale is shown behind a shield showing a portcullis, a sign of defence used by Henry VII that he incorporated into the coat of arms when he took the crown.

The White Lion of Mortimer

The lion on this coin is representative of Richard II’s royal ancestry, whose lineage was claimed through Anne de Mortimer. The Mortimer family’s coat of arms depicts a white lion, which is why the lion is shown on the coin to represent Henry VII’s victory over Richard at the Battle of Bosworth Field. Unlike the lion of England, this lion isn’t rearing and is instead sat alongside a Yorkist shield with a golden sun, another symbol linked to the House of York.

The White Horse of Hanover

George I ruled in 1714 and was the first Hanoverian with German lineage to rule England. To commemorate this, this coin shows a white horse rearing over George I’s coat of arms that pictures an emblem with quarters for Britain, France, Ireland and Hanover.

The White Greyhound of Richmond

The greyhound was a symbol associated with Henry VII, whose father was the Earl of Richmond. The greyhound is shown with a studded collar above a shield showing the Tudor rose due to its popular use in Tudor times.

The final coin in the series doesn’t depict a beast and instead rounds off the series aptly with a coin that depicts all ten beasts. As to be expected, this coin is in high demand due to it finalising such a successful and unique series of coins to commemorate our current queen’s reign. Both sides of this final coin were designed by Jody Clark, the designer of the portrait of Queen Elizabeth on the obverse side of all the coins.

Should you invest in or sell Queen’s Beasts coins?

The Queen’s Beasts is a highly desirable set of coins among coin collectors and precious metal investors. So for those looking to sell your gold, you are likely to find a good price. There are fluctuations in the price of precious metals day-to-day, however, so it’s important to be aware of current market conditions before selling or investing.

Cash4Gold-Now can help you value and sell your gold, whether you have a series of coins or other forms of gold lying around your home gathering dust that you are considering exchanging for cash. You can request a free gold selling pack for a valuation or get in touch with the team for further information.

Foreign Gold Hallmarks & How To Identify Them

How Many Karats is Pure Gold? A Guide to Gold Purity

Gold Hallmarks in the UK: The Complete Guide